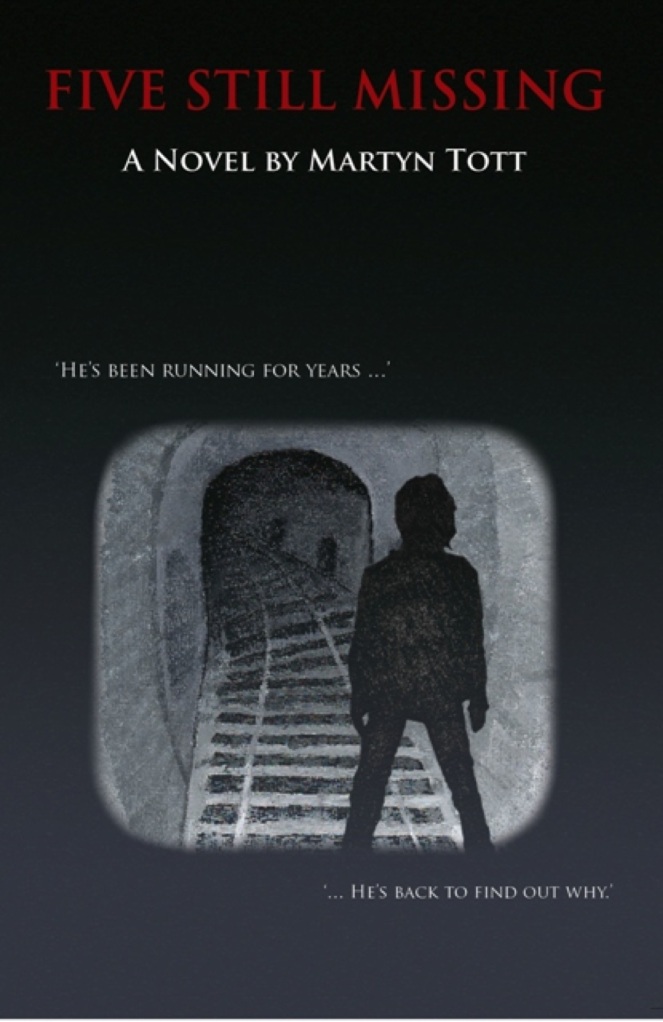 ‘A thrilling page turner with some shocking moments.
Martyn’s skill lies in bringing characters to life and making you care for them.’
– L Kibby.Casting Director.
Five Still Missing was first published in 2010. It is my second fiction novel available from Amazon and other online stores. The promo film below features Darren Matthews.
STORYLINE
Davy had spent most of his life running but never figured out why. Forced to return to Gallows Close where he grew up he may at last get an answer.
With Police wanting to interview him for a string of murders, old ghosts resurrecting themselves and several decades of change it’s going to be his hardest battle ever.
Can Davy convince them that he is innocent, face his demons and find out what’s been haunting him since childhood before it’s too late?
‘Some things are better left buried.’
Click to order on Amazon